Islet of Es Vedrà in Ibiza 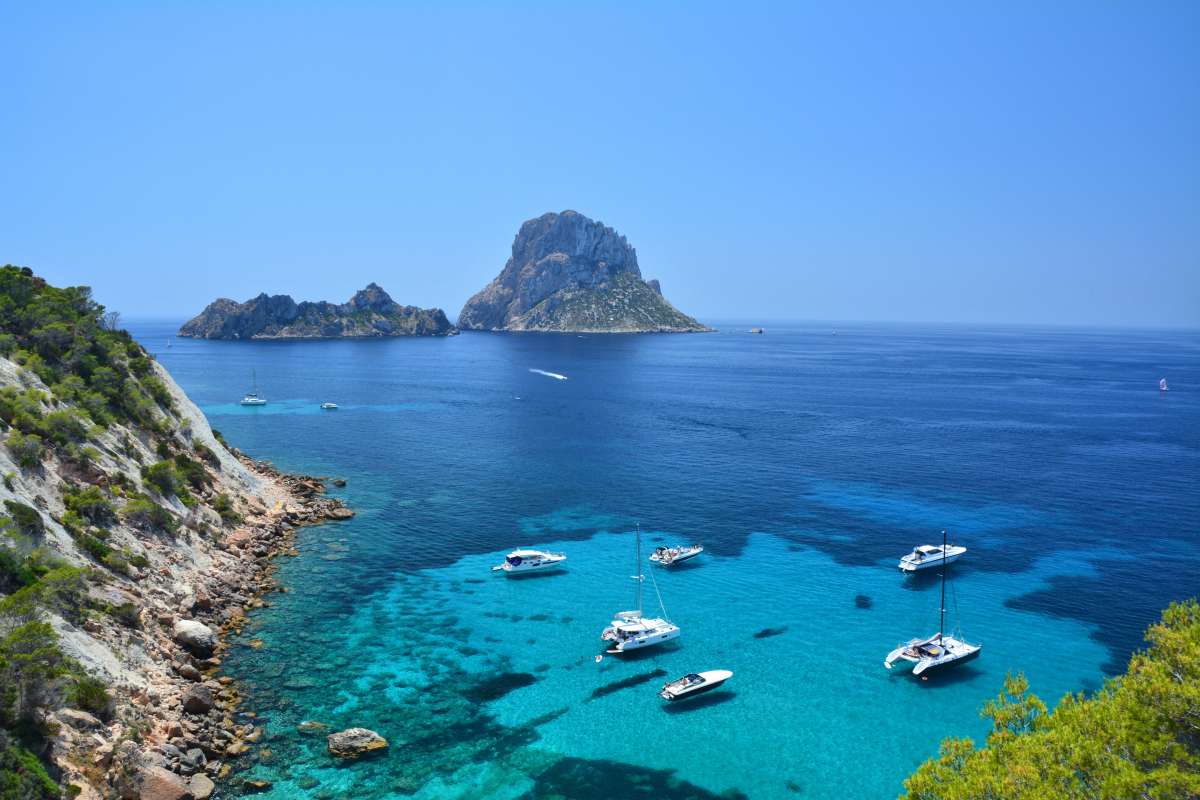 If you know Ibiza, you’ve probably heard of the Islet of Es Vedrà. It is one of the most precious views of the Mediterranean Sea from the island of Ibiza. It is undoubtedly one of the favourite places both for residents of Ibiza and for tourists who want to appreciate the environment and the Mediterranean landscape of Ibiza.

This well-known and prestigious islet is located in the southwest, in the municipality of Sant Josep de Sa Talaia, just in front of Cala d’Hort. This formation is made up of different islets called Es Vedrà, Es Vedranell and Es Illots de Ponent. It has a height of 382 metres above sea level and is very easy to identify due to its unique silhouette and size.

In 2002, Es Vedrà entered the list of Natural Reserves in Spain, due to its important ecological and endemic value both in terms of vegetation and the species of animals that inhabit the islets.  In this set of islets there are several endemic species of vegetation and lizards and is a marine nature reserve. It is also important to note that the islet of Es Vedrà is chosen by many species of seabirds as a breeding site.

For all these reasons, the Islet of Es Vedrà is one of the most ecologically prestigious places on the island of Ibiza and the viewpoint, one of the main tourist attractions in Ibiza’s natural surroundings. It is not possible to visit es Vedrà at a tourist level but it is possible to enjoy its views from the coasts of Ibiza.

The magic of Es Vedrà: Myths and legends

This recognized set of islets has been the protagonist of many stories and legends told over the years. It is also known because for years, there was a large colony of goats inhabiting the rocky terrain and today is considered a legend for many people on the island because they are no longer there and tell a thousand stories of how they disappeared the numerous goats that inhabited the islets.

Several legends and myths are also told about this islet about the islets which, due to their curious formation and silhouette, are said to collect magical properties of energy accumulation and to have special powers. Also that they have magnetic radiation comparing thus with the pyramids of Egypt and the statues of the island of Easter.

Among the myths and legends that surround the history of Es Vedrà, it is worth mentioning that it is also said that at night lights have been seen in the sea heading towards the islets and strange sounds under the sea, close to them. The waters near the Islet of Es Vedrà have also been considered as the Spanish Bermuda Triangle, as on many occasions it has been recorded that the navigation devices are mysteriously damaged when approaching the area.

There are several points from which you can appreciate the views of the islet of Es Vedrà and take photographs with one of the most representative symbols of the Ibizan landscape.

You will be able to appreciate it especially from Cala d’Hort as it is just in front of the rocky complex. If you like excursions, another favourite place to appreciate the views of Es Vedrà is the Es Savinar Tower, although there is an important excursion to reach the top of the tower. Although the views from the top are very worthwhile. There are also different paths before reaching the tower from which you can appreciate the islet of Es Vedrà in Ibiza, located at points between the Tower and Cala d’Hort with also impressive views of the Sea, the island and the islet.