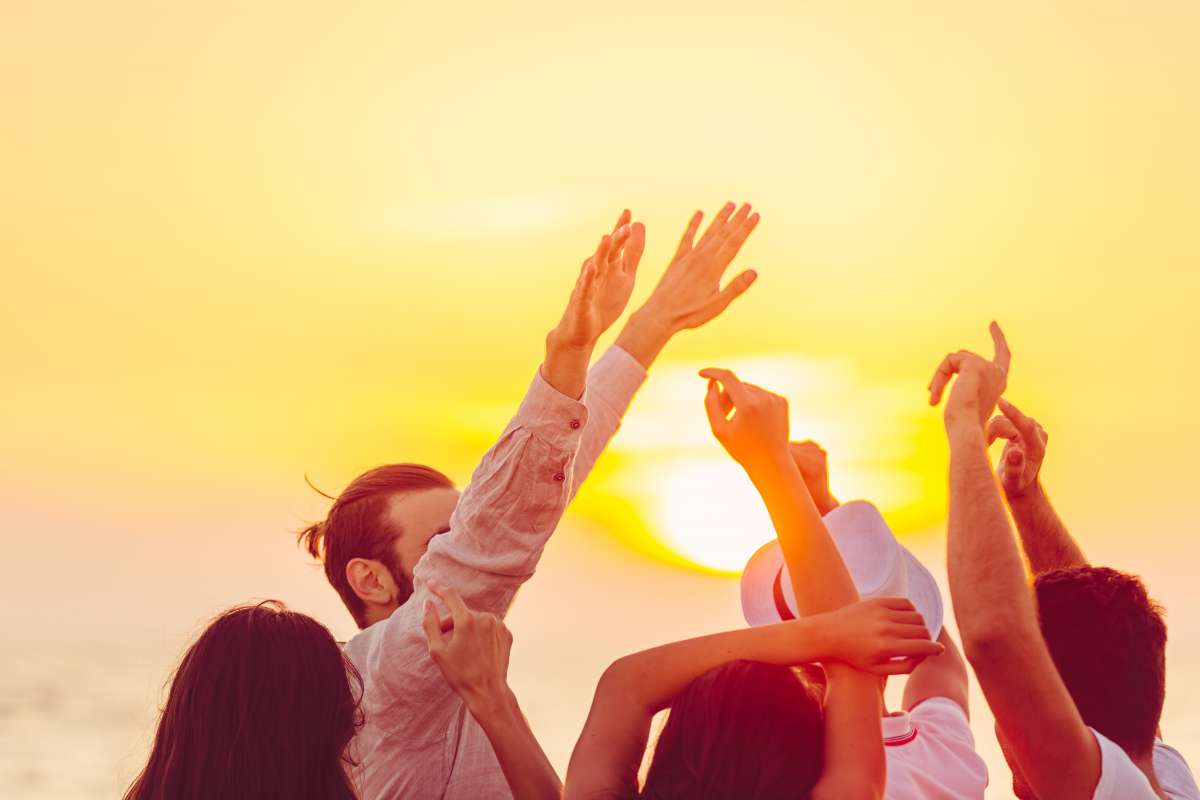 As in many other localities in Spain, the island of Ibiza has its own traditional fiestas which are much awaited by all its inhabitants throughout the year.

These fiestas are a far cry from the fiestas organised by the large discotheques that live on the island. These festivals are older and their origin is more cultural and religious in some cases.

In them, attendees perform traditional Ibizan folklore dances, organize concerts, lunches, dinners and even in recent years has emerged a new festival that has added to the popular festivals of localities and municipalities: The Flower Power.

In the month of January two of the most important celebrations of the year are celebrated in Ibiza. The fiestas of San Antonio (17th January) and Santa Inés (21st January). These two festivals are almost celebrated on the same dates.

The fiestas of San Antonio are the first of the year and are celebrated in the municipality of the same name. In it, as is the custom, there is a mass, the procession and the blessing of the animals of San Antonio. Wine and fritters are also tasted on the Paseo de Ses Fonts.

The second festival, that of Santa Inés is 4 days later, in the same municipality where it is located.

In this festivity, as a religious festivity, almost the same activities are carried out as in San Antonio. Mass, procession, country dance, parades of carts and tasting of fritters and wine.

The fiestas of Santa Eulalia (12 February) are held in the municipality of Santa Eulalia del Río and although the main day of the fiesta is 12 February, when you can do things like seeing family theatres and concerts, this fiesta starts earlier and lasts until weeks later.

In these two months there is a considerable amount of celebration, but we are going to tell you about the Fiestas de San Jordi (from April 6 to May 19).

Every year they have a programme of the festivals that vary, but what doesn’t usually change are the workshops, exhibitions, sports activities, among other traditional activities.

The summer is the season of the popular festivals in Ibiza and it is when the biggest and the great majority of them are celebrated.

Festivities such as those of San Juan (23rd June), well known for the areas that bathe the Mediterranean Sea, the Fiesta del Carmen (16th July), patron saint of sailors, in which sea processions are carried out from different ports on the island, and of course, one of the best known and most enjoyed by visitors and residents. The great feast of Santa María de las Nieves (5th August), patron saint of the island of Ibiza. There are leisure and modern events here, along with the more traditional ones.

The festivities of Jesus (8th September) have their classic acts, such as the treading of grapes to make wine or the preparation of the very rich solidarity slaughter rice that is prepared every year.

In October the fiestas of Santa Teresa (5 October) are celebrated, located in the village of Es Cubells. Another well-known religious-cultural festival where workshops, chess tournaments, concerts and country dances are held.

The village of San Carlos, in Santa Eulalia, celebrates its patron saint fiestas of San Carlos (4 November). You will enjoy concerts, conferences, theatres among others.

And to finish the year, we find the festival of Forada (December 8). The village of Forada celebrates its patron saint fiestas where sporting activities are the most eagerly awaited. Excursions, zumba classes, as well as popular chocolatada or farmer’s dance.

You will be able to travel without any problem through the different villages of Ibiza to enjoy these and more popular festivals that are celebrated in Ibiza.

Trust Ibizagocar to rent the car or motorbike that best suits your needs. All the comforts are guaranteed.
We are waiting for you!